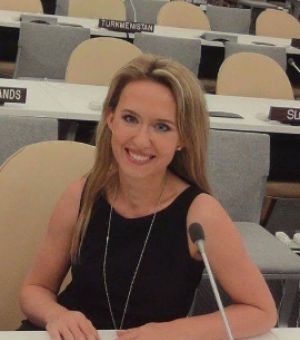 Magdalena Mariankowska completed her MPhil in Russian and East European Studies at University of Oxford in 2011. She works at the Office of Senator Tomasz Grodzki covering the Senator’s legislative and oversight portfolio. In Poland, a democratically elected but illiberal government has in the past few months escalated its attack on its own constitution, pushing new laws openly designed to create a politicized judiciary. Magdalena’s duties include constant monitoring of these legislative developments; professionally representing the Senator; working with stakeholders; preparing materials for meetings, briefings, and hearings; working with state offices; and coordinating closely with senior staff and the Senator. Prior to working for Senator Grodzki, she worked as the Adviser at Delegation of the European Union to the United Nations in New York and at the Polish Ministry of Foreign Affairs.