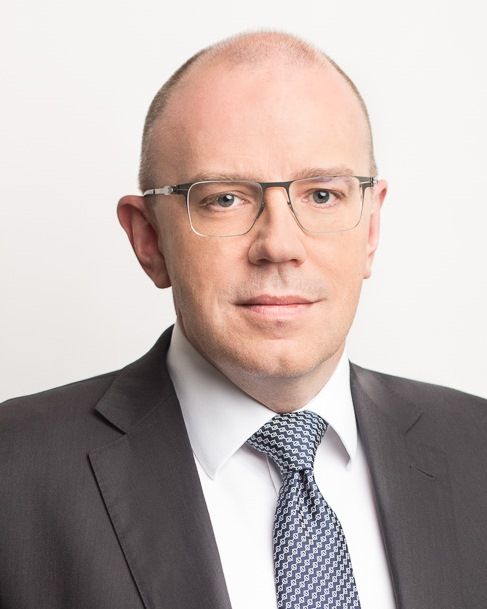 Mr. Maciej Kropidłowski has been the Vice President of the Management Board of Bank Handlowy w Warszawie S.A. since March 19, 2014.

Mr. Maciej Kropidłowski is a graduate of the University of Lodz, the Faculty of Management.

Mr. Maciej Kropidłowski has been the Financial Markets Sub-Sector Head at Bank Handlowy w Warszawie S.A. since January 2014. In February 2014 he was appointed Member of the Supervisory Board of Dom Maklerski Banku Handlowego S.A. (Brokerage House of Bank Handlowy S.A.). At Bank Handlowy w Warszawie S.A. he is responsible for Treasury operations in the area of financing of the Bank’s assets, money market financial services, FX services, trading in securities and derivatives.

Mr. Maciej Kropidłowski started his career in 1995 in Citibank (Poland) S.A. in the Corporate Bank. Four years later he became an RM in the International Corporate Clients unit at Citibank N.A. in Switzerland. In 2001 he returned to Poland and joined Bank Handlowy w Warszawie S.A. as Head of Treasury Sales. In his new role he was responsible for managing the Structuring and Treasury Products Sales Unit.

In 2008 he was appointed Head of Treasury Sales for Central and Eastern Europe, Middle East and Africa at Citibank N.A. in London and he was responsible for Treasury products sales to corporate clients. He also played an important role in developing the best e-Commerce platform for corporate clients and a global CRM system for Global Markets.