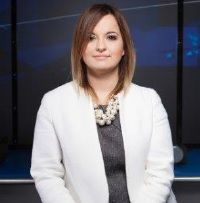 I started working for Dell Company as a receptionist in December 2007, simultaneously I was finishing my studies and writing master thesis. After less than a year in September 2008, I moved to a newly opened consumer division, which started direct service to individual clients in Poland. In the role of Internal Sales Account I worked over a year, being at that time the sales representative attaining the highest sales results in our division. In October 2009 I moved to Retail Group, where for over 3 years I was the Retail Sales Representative responsible for the southern part of Poland. In February 2013 I was promoted to Retail Account Manager and I started managing and developing the biggest retail partners like Komputronik, Media Markt, Saturn, Orange, Polkomtel, T-mobile, Play, Sferis. During the next two years I was able to generate significant increase in sales as well as our share in these customer’s portfolio. These achievements had decided that in November 2015 I was promoted to Retail Account Manager II. In this role I work on ongoing contribution towards supporting my customer’s growth and profitability, keeping and the same time sales results. The result of this work is Dell CEE Retail Best Seller Partner Award 2016 for one of my clients.

I studied at the University of Warsaw, receiving the MA degree in political science. For many years I have been training for a modern pentathlon, which has shaped me in many ways but most importantly it has enabled me to succeed in the business.